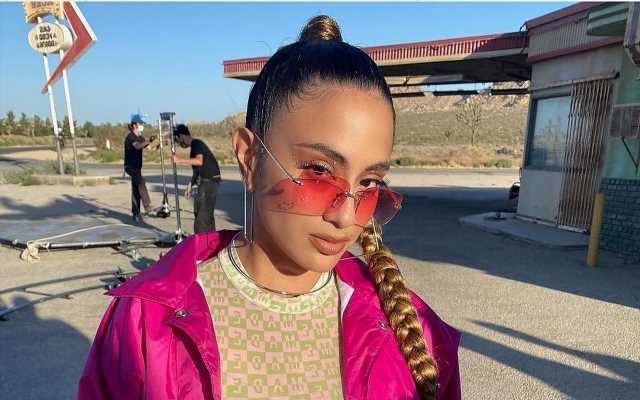 Ally Brooke ‘Damaged’ by ‘So Much Abuse’ in Fifth Harmony

The ‘Ally Brooke Show’ host opens up about her horrible experience while in the all-female group, claiming that there was so much abuse going on behind the scenes.

AceShowbiz -Singer Ally Brooke is glad girl group Fifth Harmony is no more because there was so much abuse going on behind the scenes.

The band announced a hiatus in 2018, following Camila Cabello‘s departure, and now it looks as if Ally won’t be back if there are ever any reunion plans.

In the debut episode of her “The Ally Brooke Show” podcast, she admitted she didn’t enjoy her time in the “Work From Home” group.

“Looking back at that, I sometimes don’t even realise how big we were, because I guess if you’re part of something like that, you can’t even grasp (it) because your life is moving 1,000 miles a minute,” she said. “It was such a whirlwind.”

“We will be in the history books. That’s pretty incredible. We had hits, such anthems and great songs. But just being honest, because I feel like having my own show calls for me to just be real and open with you guys… I hate saying this but my time in Fifth Harmony… I didn’t enjoy it. I didn’t love it. It was hard because there was so much going on. So much behind-the-scenes. So much toxicity. So much abuse. So much abuse of power. So much mental abuse, verbal abuse.”

“It’s horrible, and to me it’s a shame, because we were so big. I should have enjoyed myself more. I did so much for the group.”

Ally also claimed she didn’t trust the people around her while she was in the group, which also featured Normani Kordei, Dinah Jane, and Lauren Jauregui.

“It was tough because I didn’t trust anybody…,” she shared. “It really damaged me for quite some time… It was traumatising, and some things I’m comfortable sharing, but some things I’m still not yet ready… I’m getting more comfortable with learning how to open up with my experiences in this industry, and in Fifth Harmony.”

These $27 Wrangler Jeans Are Giving Us Harry Styles Vibes