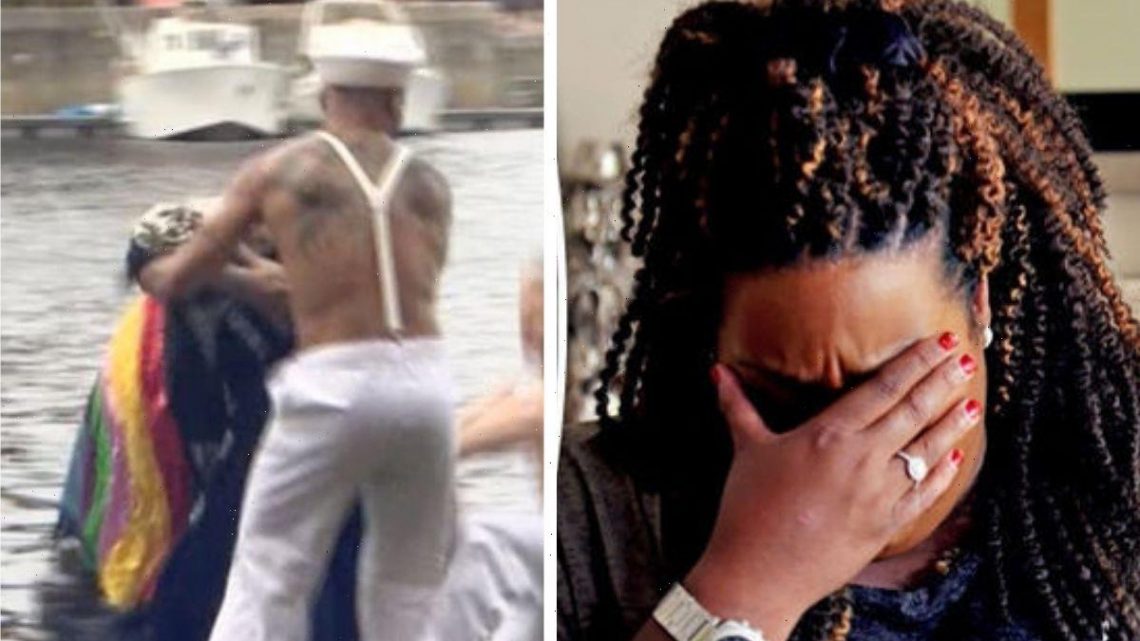 Alison Hammond on 'fake' relationship with her estranged dad

This Morning host Alison Hammond has been with the show for 20 years, but few embarrassing moments have topped the one where she inadvertently shoved a “gorgeous” model into the water on live TV. As she navigated the floating weather map, which has been a fixture on the show since 1988, she stumbled – and her attempt to steady herself sent an assistant dressed as a sexy sailor plunging into the water.

It was literally about three seconds of thinking: ‘Have I killed that man?’

“I thought at one point I killed him!” Alison exclaimed of the tricky moment.

“They said: ‘We want you to go in there and recreate the weather map,'” she recalled.

“‘We’re going to put two gorgeous models on there’ – and I was like: ‘Great! What could possibly go wrong?’

“Quite a lot actually,” she jokingly confided of the mishap, which left the sailor very unanchored.

Alison had just taken her watering can out, pouring the liquid onto the dragon symbol to simulate a rain shower in Wales, when she almost slipped.

In a bid to break her fall, she grabbed out and lunged at the model-turned-assistant, forcing him into the water.

“I jumped over and I was grabbing his arm, just to steady myself, at which point he [fell] off!” she explained.

“It was literally about three seconds of thinking: ‘Have I killed that man?'”

Fortunately, the mishap – which, in Alison’s mind, could have ended very differently – did not result in anyone being drowned.

Afterwards, she admitted: “I look at it [now] and I think: ‘Did he purposely try and do that to me… to get his moment?'”

However, she added that the funny moment, which sent the man crashing helplessly into the water, had left her “absolutely mortified”.

She had been talking on the What If? podcast hosted by Lorraine Kelly and her daughter Rosie.

Richard Madeley admits he and Judy Finnigan are now ‘semi-detached’

Rosie had joked that no-one else could have gotten away with the mishap, leading Alison to laugh uproariously.

She added: “I was genuinely just thinking ‘I hope he’s alright’, because I didn’t want anything to happen to him!”

She also revealed that she had been “chivalrous” by giving the model, who’d donned a sailor costume especially for the segment, her coat to help him warm up afterwards.

He hadn’t been dressed for an impromptu fall, as he was only clad in a nautical hat and white chaps.

Alison had suffered another near-miss earlier in the show too.

First of all, her kimono got caught on the tail of the Welsh dragon on the map, but she was able to extricate herself that time without any complications.

Then, after declaring that she was visiting presenter Eamonn Holmes’ birthplace, she made a jump from Scotland over to Ireland on the map.

The first time, nothing went wrong, but on the second occasion she sent the sexy sailor flying – something which she still “cringes” about today.