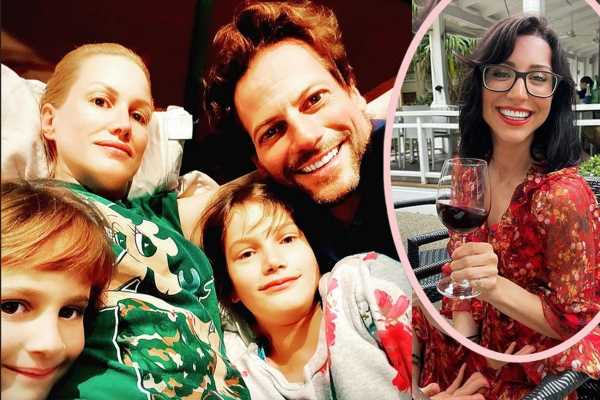 Alice Evans is not stopping!

The spurned wife and mother has been publicly blasting her estranged husband Ioan Gruffudd on social media since January when she revealed he had suddenly and inexplicably abandoned their family.

The social media scolding ramped up late last month after the Fantastic Four star went Instagram official with his new girlfriend, Bianca Wallace — a 30-year-old aspiring actress who was an extra on his TV show.

Alice is not just lashing out on behalf of herself but also for their two daughters, 12-year-old Ella and 8-year-old Elsie. She claims the young girls are not even fully aware of the situation as their father is “gaslighting” them and making them believe he might come back. She posted last week that he told them recently he would never date someone other than their mommy. And then they found out on social media.

If even half of what the Vampire Diaries alum is saying is true, it’s really despicable behavior for a father. And it’s continuing to this day.

She’s so polite, she asked him how his weekend went.

My kids came back in tears.”

Oof. The best we can say is, it’s a step up from lying? Yeah, doesn’t make it any better, does it? We mean, according to Alice’s account, the guy had refused to man up for ten months! Instead of telling his daughters about the separation, he was allegedly leading them on just to avoid personal discomfort — all while planning trips to France with his two-decade-younger new GF?!? Yeah… Not much better…

Alice followed that up with:

“I’m not saying that men shouldn’t be allowed to get the hots for a younger woman and leave. It’s his absolute right to do that.

I just.. I found it very hard to hear that he was saying this to HER, at 8, who doesn’t understand what the hell is going on. It felt cruel.

Wait, hold up — “it’s his absolute right to do that”? Girl. No. You are NOT obliged to OK that s**tty f**kboy move. For a 49-year-old husband and father to just leave? Without trying? Without discussing being unhappy? No. You do NOT have to excuse that, no matter what the haters say. YOU have the right to process that however you need to.

Ugh, this whole situation just sounds so, so sad… but mostly, for the kids. We hope the healing process can at least begin before the holidays.