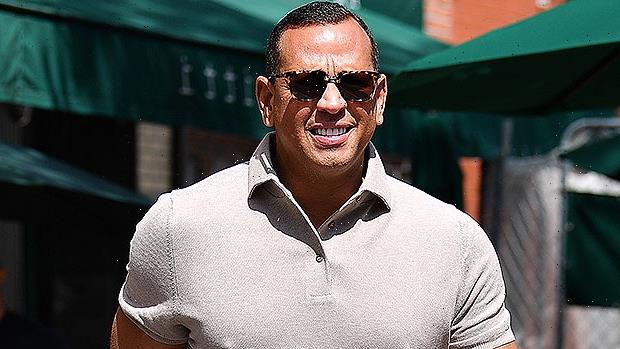 Alex Rodriguez Faces Fear Of Cliff Jumping In France After Near Run-In With J.Lo & Ben Affleck

Alex Rodriguez confronted his fear of cliff jumping while on vacation in France — well, kind of. Watch the valiant effort.

Alex Rodriguez will not succumb to peer pressure! The former baseball player, 46, shared footage from his birthday trip to France on Friday, July 30 as he prepared to confront his fear of cliff jumping into the ocean. In the clip, the athlete revealed that it has been five days of heading cliffside only to not make the plunge, but today, he said, would be the day! Except not really.

“A little lesson on fear: I’ve come to this cliff five days in a row, I thought about jumping, but I haven’t,” A-Rod said in the video. “But today is the day I’m jumping. Let’s go.” The IGTV then cuts to a music montage of the athlete and one of his vacation buddies, singer-songwriter Jessie James Decker, as they prepped for the big moment.

Like just about every celebrity right now, Alex has been in Europe for about a week to celebrate his 46th birthday. The former athlete shared a post earlier this week that documented the festivities, including one posed in front of a large neon-lit “46.” He captioned, “I’m feeling so grateful today, not just for celebrating my big day with my incredible friends and family on this magical trip, but for all of the well-wishes, love and support from everyone.”

“I couldn’t ask for anything more,” A-Rod continued. “Here’s to a healthy, happy and meaningful 365 days for us all!” Coincidentally, his famous ex Jennifer Lopez has also been in Europe with boyfriend Ben Affleck to celebrate her own birthday. The duo have been spotted in France and Italy, packing on the PDA and celebrating J.Lo’s 52nd year around the sun.

With both in the same general vicinity for birthday festivities, it’s not surprising that the two could somehow overlap during the course of the trip — and they have. Both J.Lo and A-Rod’s yacht sailed nearby each other in Monaco earlier this week on Tuesday, July 27, bringing new meaning to the expression “ships passing in the night.”

J.Lo has been documenting her birthday trip on Instagram. After going Instagram official with Ben on actress Leah Remini’s account, the “Jenny From the Block” singer shared snapshots from her trip (as seen above) and conveniently buried the first Instagram photo of her with Ben on the very last slide. “5 2 … what it do,” J.Lo captioned the sneaky post.