Adam Levine and wife Behati Prinsloo looked like they were having the time of their lives while walking on a beach and splashily swimming together in Maui, Hawaii.

Adam Levine, 42, and Behati Prinsloo, 33, seemed to thoroughly their time under the sun together during their most recent vacation. The husband and wife visited Maui, Hawaii over the weekend and were photographed walking along a beach and getting playful in the water on June 6. From Adam picking up a laughing Behati during a swim to the two of them wrapping their arms around each other, it definitely appeared to be a romantic trip for the two lovebirds. 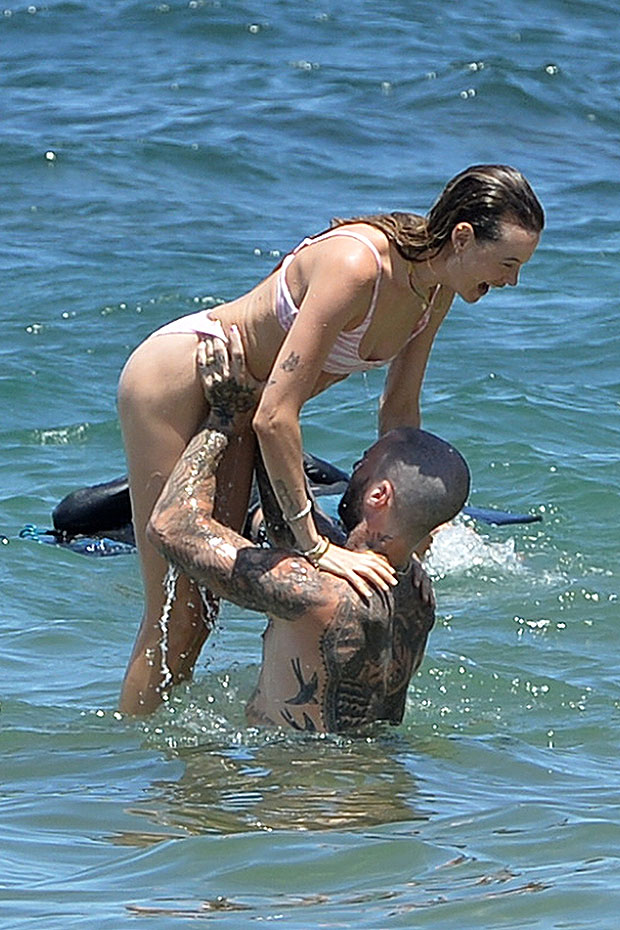 The Maroon 5 singer went shirtless and wore only black and white shorts during the outing while the model wore a pink and white zebra-striped bikini. The former also showed off his many tattoos and a shaved head as he flashed several smiles during the getaway. 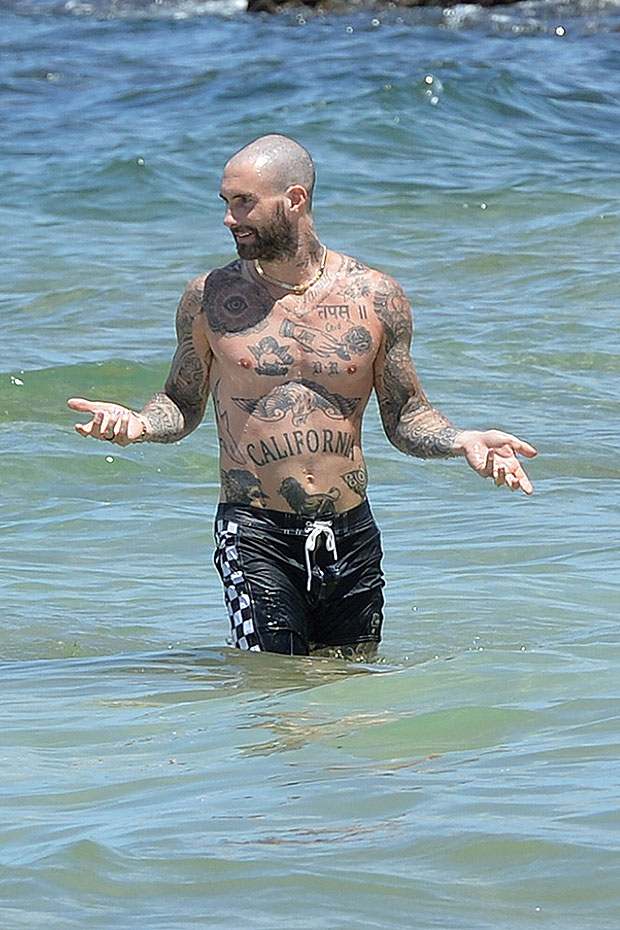 Adam and Behati’s vacation comes two weeks after Adam made headlines for returning to The Voice with pink hair to celebrate the show’s 10-year anniversary. He performed the song “Beautiful Mistakes” with his band Maroon 5 on the series and wore a tropical shirt over the top of a striped one and jeans. He admitted he was “glad” to be back on the show for the first time since leaving in 2019 after being a full time coach for 16 seasons.

When Adam is not spending time on The Voice or with Behati, he’s taking in moments with his kids. The talented star shares daughters Dusty Rose, 4, and Gio Grace, 3, with Behati, and on Apr. 6 he proved that they’re all as close as can be when he shared a pic of them all posing in matching dresses while holding hands outside. “girls just wanna have fun 💅🏻,” he wrote in the caption for the epic post.

Since Adam and Behati are known for keeping their daughters out of the spotlight most of the time, it’s always a treat to see them share memorable pics once in a while. We look forward to seeing what else the lovely couple share in the future!