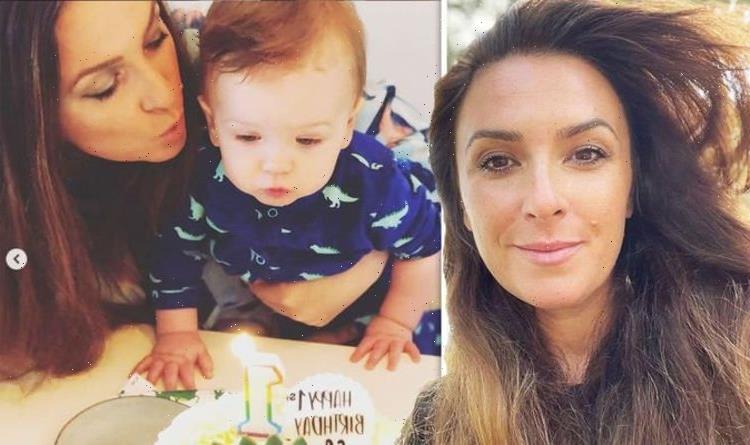 A Place In The Sun: Scarlette says guest demands are 'tough ask'

A Place In The Sun presenter Sara Damergi, 41, has opened up about her experience of having her second child in lockdown at the peak of the coronavirus pandemic’s first wave last year. Speaking exclusively to Express.co.uk, the property guru told how she was “really scared” giving birth to her second son Elliot which resulted in “a lot of anxiety” for the star, as well as addressing her comeback to the Channel 4 property show in the coming weeks.

So much was unknown

Addressing the experience, the TV presenter candidly admitted that it was an anxiety-inducing experience.

She said: “I had a baby at the peak of the first wave so that was when we didn’t really know much about anything.

“I was really scared and I think it kicked off a lot of anxiety; I was much more anxious than when I had my first [baby].”

The star went on to relay her experience of having a hospital birth during the pandemic, admitting that the virus added to her anxiety.

However, despite the scary situation, the mother-of-two told how she was more than happy to spend time with her newborn during lockdown.

“But in a way I didn’t mind the lockdown for quite some time as I was in a baby bubble and the maternal instinct kicked in and you just want to be at home with your baby,” she explained.

The star went on to tell how despite having a baby, she started to miss the experience of travelling freely across the world.

She said: “I didn’t really feel it initially but then the thing for me was travelling; I live for travel, I love it and I did struggle with not being able to jump on a plane.”

Sara went on to reveal that her family is spread across the globe, which was hard to come to terms with during the pandemic.

“So it was hard for them not being able to meet our son and missing so many milestones, like birthdays, my niece being born, usually I’d have flown straight out to meet her.

“Things like that I found difficult, I think it’s been difficult for people who have family abroad,” the APITS host added.

The APITS presenter is set to return to screens early next month, as she rejoins the show after a three-year break.

Sara first joined the Channel 4 property programme 10 years ago, but in 2018, she announced that she was taking a break from the show as part of her maternity leave.

After welcoming her son Oliver, the star decided to step away from her hosting duties.

But in an update last year, Sara revealed that she was back on the show.

Taking to social media, she wrote: “I’m rejoining the @theplaceinthesunofficial team! Wow it’s a decade since I first set off on a flight for this fab show!

“This time I’m going with some extra luggage in the shape of two tiny humans, a Swede, a c-section paunch, and everything bar the kitchen sink.”

Sara went on: “But SO excited to start dream making once again! A huge thank you to @aplaceinthesunofficial and @channel4 for being so supportive to a breastfeeding mum,” she finished.

A Place In The Sun airs weekdays at 4pm on Channel 4.