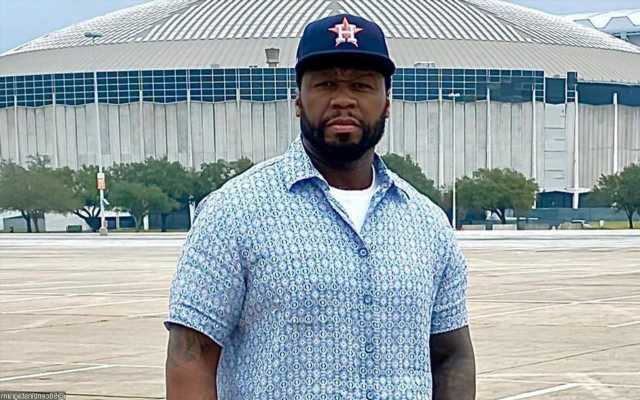 The ‘Power’ co-creator and producer announces on his Instagram and Twitter account that he now lives in the Texas city while teasing his new crime anthology series.

AceShowbiz –50 Cent is moving south. The rapper-turned-TV producer has announced that he’s moving from New York to Houston, Texas, months after he spoke up against Joe Biden’s proposed NYC tax plan before the latter was elected president.

Taking to his Instagram and Twitter account on Tuesday, May 4, the star whose real name is Curtis James Jackson III shared a picture of him posing outside of the Houston Astrodome while wearing a Houston Astros hat. “I Love NY, but i live in Houston now i’ll explain later,” he captioned the snap.

Along with the photo, he included a screenshot of an article about his new true crime anthology series “Confessions of a Crime Queen“, hinting that his move may be related to the new project as he added in the caption, “Green Light Gang. BOOM.”

According to the article, “Confessions of a Crime Queen” is described as “a first-of-its-kind anthology series that brings to life riveting, headline-making stories by combining documentary and scripted genres. Each season will focus on the true story of one larger-than-life woman who created and led a multi-million-dollar criminal empire before a dramatic fall from power.”

The series is promised to star an A-list actress in the lead role, who will also interview the real life female crime lord at the center of the story. 50 Cent will be producing through his G-Unit Film & Television banner in association with Rich Bye and his Goodbye Pictures as well as Lionsgate Television. The series is expected to debut in 2022 on Discovery+.

50 Cent’s move to Houston arrives months after he ranted against Biden’s proposed tax plan for the wealthy in New York. Back in October 2020, the 45-year-old shared a screenshot from a news broadcast claiming the then-Democratic presidential candidate wanted to raise taxes in New York City by 62%. “WHAT THE F**K! (VOTE ForTRUMP) IM OUT,” he said. “F**K NEW YORK The KNICKS never win anyway. I don’t care Trump doesn’t like black people 62% are you out of ya f**king mind.”

Fiddy, however, later changed his mind after his ex-girlfriend Chelsea Handler reached out to him. “F**k Donald Trump, I never liked him,” he clarified, after the comedian publicly joked she’d take “another spin” with him if he supported Trump.