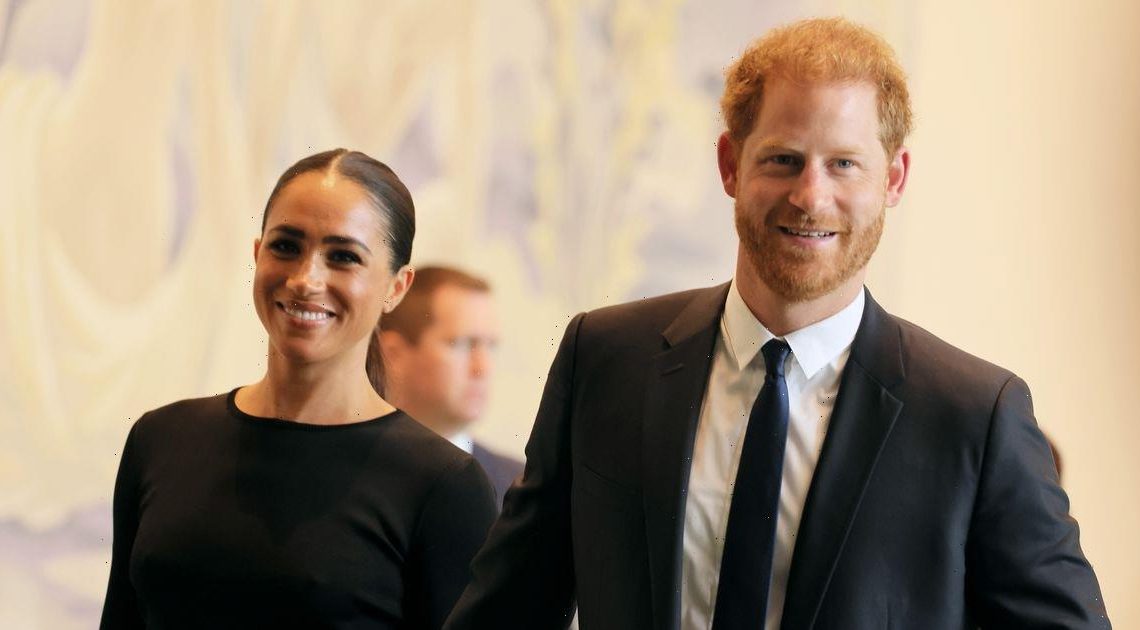 Meghan Markle took part in a rare interview where she discussed many subjects which have revealed five new truths about her and husband Prince Harry.

During the interview with The Cut, the Duchess of Sussex covers many topics it what appears to be a relatively informal chat where the 41 year old seems keen for people to get to know the real her.

Something that has been echoed in a promotional clip for her new podcast, Archetypes.

Meghan discusses her time as a working royal, as well as her life post royalty now she lives in Montecito.

She also openly chats about life as a mum to her two children, her romance with Prince Harry, 37, but also can't resist taking the occasional swipe at her other half's family.

But what exactly did we learn from the rare interview? Here are five things that we learned from Meghan's openness…

In the interview, Meghan discusses how she may re-join Instagram after she was previously forced to close her personal accounts after becoming a royal.

Although she has since stated her decision to delete Instagram was also for the sake of her own mental health.

But during her chat with interviewer Allison P. Davis, she seemingly hits back at the royals on not being allowed to publish from her own social media accounts during her time in The Firm.

She explains: "There’s literally a structure by which if you want to release photos of your child, as a member of the family, you first have to give them to the Royal Rota."

She adds: "Why would I give the very people that are calling my children the N-word a photo of my child before I can share it with the people that love my child? You tell me how that makes sense and then I’ll play that game."

Despite being unhappy with certain royal protocols, Meghan admits overall all she wants is the possibility of "forgiveness" between her family and the royals, calling it "important".

At the same time she also revealed she "didn't have to sign anything" forbidding her from speaking out about her time in the royal family.

She says: "I think forgiveness is really important. It takes a lot more energy to not forgive. But it takes a lot of effort to forgive. I’ve really made an active effort, especially knowing that I can say anything."

Meghan struggled living in the UK

Meghan also goes on the school run to pick up three year old son Archie during the interview.

She remarks how she could never be able to do the same in the UK without a huge amount of press attention.

She explains: "Sorry, I have a problem with that. That doesn’t make me obsessed with privacy. That makes me a strong and good parent protecting my child."

Elsewhere in the interview, that conversation turns to how she and Prince Harry have been unable to share their real life.

This leads Meghan to discuss an upcoming Netflix project which will see the story of their relationship told in the form of a drama.

Meghan enjoys running her own projects

And finally, Meghan revealed that she and Prince Harry have enjoyed taking a step back from royal life with one of the main perks being they can now run their own projects.

Just one of the pairs new ventures has seen them launch their company Archewell – an organisation that features a non-profit arm as well as sub-divisions for their TV and audio work, including Meghan's new podcast Archetypes.

Discussing their projects, Meghan says: "When the media has shaped the story around you, it’s really nice to be able to tell your own story".

Just one way Meghan will be hoping to broadcast the "real" her is by using her new podcast series, which is now available on Spotify.

In a promotional advert for the series, Meghan tells listeners they will get a chance to get to know the "real" her, stating that most of what people hear is "through the lens of the media".

Meghan said: "People should expect the real me in this and probably the me they've never gotten to know. Certainly not in the past few years, where everything is through the lens of the media. As opposed to, 'Hey, it's me.'

"I'm just excited to be myself and talk, and be unfiltered, and yeah, it's fun."