Meghan Markle Had A Makeup Mishap During Field of Remembrance Visit 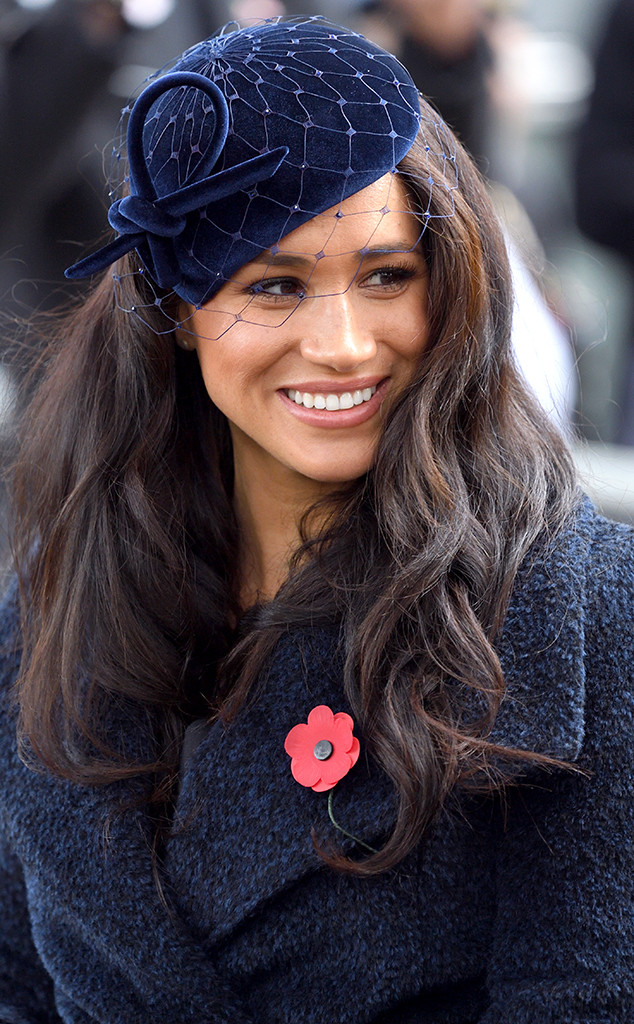 Every makeup wearer is familiar with the fear of smudging your glam on your clothes. Even Meghan Markle needs to be wary!

On Thursday, the Duchess of Sussex attended the Poppy Factory’s 91st Field of Remembrance at Westminster Abbey in London alongside Prince Harry. It was there that she had a relatable makeup mishap. After meeting with D-Day veteran William Allen, Meghan went in for a hug and kiss from the 99-year-old. When she pulled away, she discovered that her powder had left a spot on the shoulder of his jacket. Don’t worry, Meghan, everyone’s been there!

Thankfully William was a good sport about it. In fact, he was actually honored by the smudge! “I’m never washing that,” he told Daily Mail‘s royal correspondent at the event. The WWII vet even posed for a picture to show off the makeup spot.

The Field of Remembrance is a memorial garden that honors fallen members of the British Armed Forces. This marks Meghan’s first time at the commemorative event, which Harry has been attending on the royal family’s behalf since 2013.

Dressed in a navy blue Sentaler coat and a matching velvet fascinator by Philip Treacy, Meghan looked stunning as she made her way across the grounds with Harry, who donned his military uniform.

Together, the new parents visited memorial plots, laid a Cross of Remembrance and met with veterans and their families.

Harry’s stepmom Camilla Bowles was supposed to join the Duke and Duchess at the event, but unfortunately couldn’t attend due to a chest infection.

The day earlier, the couple surprised their neighbors by attending a coffee event for military families in Windsor. Military wife Amy Thompson told Forces Network that Harry raved over his 6-month-old son Archie Harrison is crawling. And as Meghan gushed, the little royal “just got two teeth.”

How Does Disneyland Deck the Halls? 300 Christmas Trees, 100,000 Flowers and So Much More